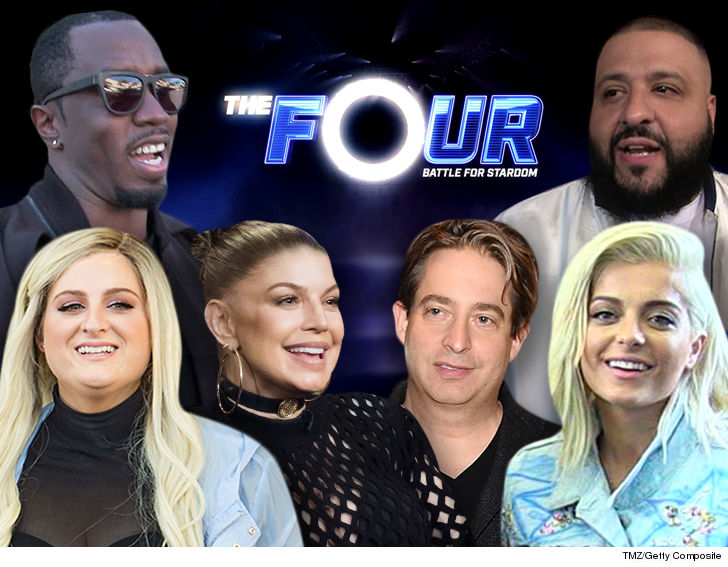 FOX has just signed another judge in what could be the breakout music competition show next year — ‘The Four.’

TMZ broke the story, the program — with an emphasis on hip-hop artists — showcases 4 awesome contestants who have to maintain their seats as challengers come in and try and knock them off.

There are 4 judges — a business mogul with music ties, a music producer, a record exec and a big-time performer, who will pick a winner and then team up to launch that person’s career.

We’ve learned Diddy is the mogul and DJ Khaled is the producer. The third judge has just been offered a spot — Charlie Walk — a music industry exec who has worked with The Weeknd, Ariana Grande and Hailee Steinfeld … just to name a few.

As for the performer, we’re told the list has narrowed to 3 women — Fergie, Meghan Trainor and Bebe Rexha.

The show will air in January. It’s a spin-off on an Israeli pilot.  Check it out.