She Bolted After Jewelry Went Missing!!! 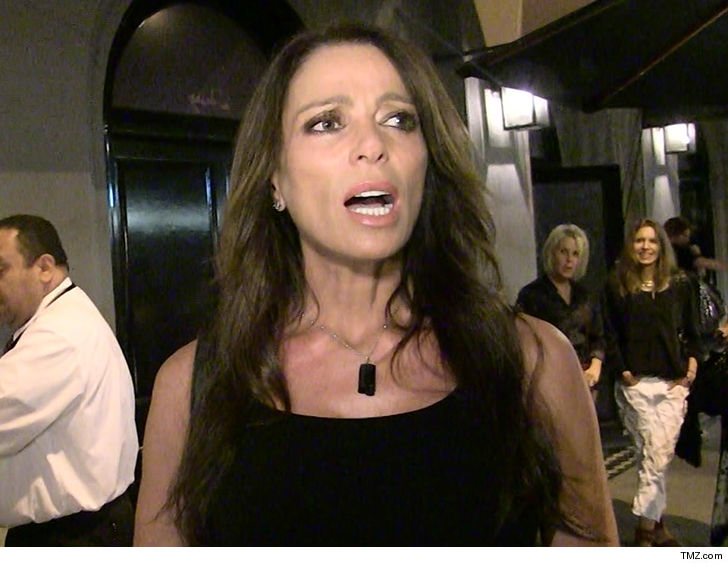 Former ‘Real Housewives of Beverly Hills‘ star Carlton Gebbia says she and her family were very good to their housekeeper for 6 years, but the lady stopped showing up for work after a dispute over missing jewelry … and now she’s suing and trumping up a phony battery claim out of spite.

Carlton tells TMZ she had no idea she was being sued by her former housekeeper/nanny until she saw our story … and while she’s hurt by it, she says she’s not necessarily surprised. Here’s why …

Carlton claims she recently noticed some expensive jewelry her husband David bought her over the years was disappearing … and the housekeeper had access. Gebbia says she reluctantly asked her if she’d taken the jewelry after several pieces went missing … she denied it.

Carlton says she asked her housekeeper to take a lie detector test to prove it and she agreed … but then didn’t show up for work the next day or the following 2 weeks.

Gebbia tells us the housekeeper returned after the 2 weeks away and asked for her job back, but the family decided to let her go.

Carlton denies the allegation she attacked the housekeeper in a drunken rage, but does admit busting up a TV with a baseball bat … she says it was a fun thing she did with her kids as a joke.

Justin Bieber to Selena Gomez: Take Your Sorry and Shove It!

DeMario Jackson: I’m Not a Rapist! Corinne Isn’t a Slut!