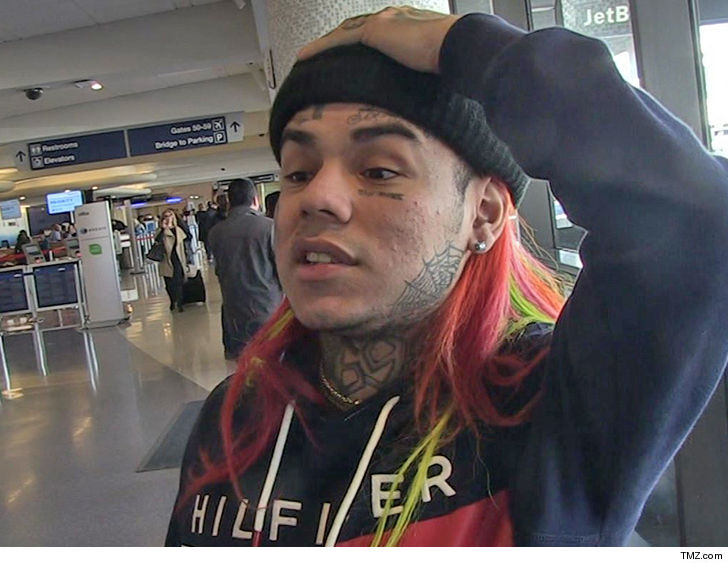 Tekashi69 is officially persona non grata — permanently — at the strip club where he incited a near brawl last week … along with 2 more of L.A.’s hottest clubs.

The owner of Ace of Diamonds in WeHo tells TMZ … the rapper was to blame for Monday night’s glass-throwing incident — video of which was posted on TMZ. As a result, Tekashi’s banned from that establishment and 2 of the owner’s other clubs … Penthouse and Murano LA.

We’re told 6ix9ine started trouble at AoD when he stopped tossing money at the dancers and began violently throwing bricks of cash at patrons … hitting one in the head. The rapper refused to apologize and kept hurling money, which we’re told led to someone throwing a glass at him.

We broke the story … the chucked glass hit Tekashi’s lady friend in the boobs, so she retaliated by firing a glass back before security whisked them away.

At least one clubgoer claims she was injured in the fight.